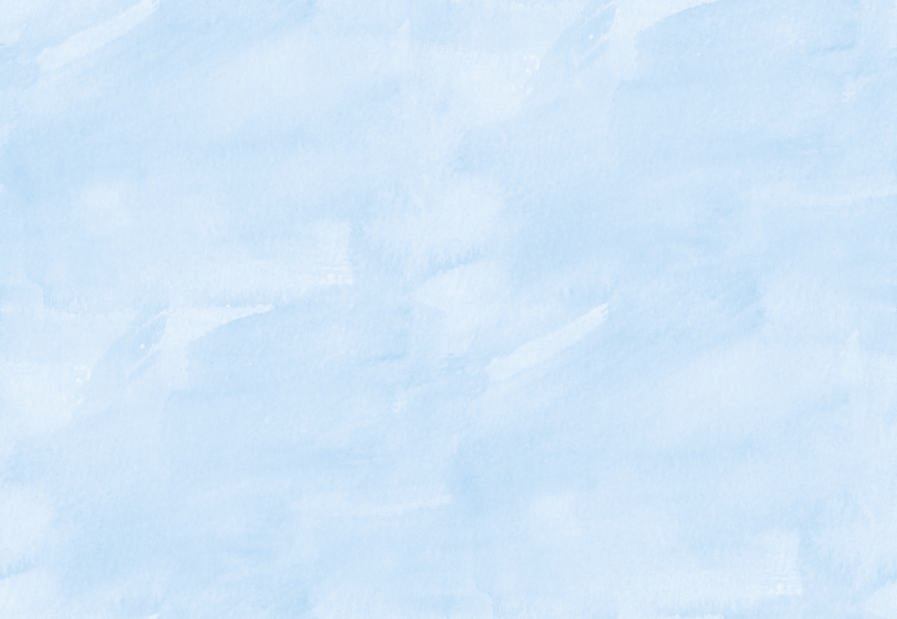 Please scroll through the 'Posts of interest related to our tours': these posts contain useful information on various subjects about Turkey and Armenia or check the 'categories' for specific posts

You will find a list below and at the side of this page these are links to books, eBooks and music we recommend

The Secret of the Incas: Myth, Astronomy and the War Against Time

Step by step, Sullivan pieces together the hidden esoteric tradition of the Andes to uncover the tragic secret of the Incas, a tribe who believed that, if events in the heavens could influence those on earth, perhaps the reverse could be true. Anyone who reads this book will never look at the ruins of the Incas, or at the night sky, the same way again. Illustrations.

The Dawn and Twilight of Zoroastrianism (Phoenix Press)

This classic account of Zoroastrianism is the most comprehensive survey of the religion available. The study's two sections correspond to the two periods of Zoroastrian greatness in its homeland, Iran: the first occurred around 588 BC, during the Achaemenian Empire, and the second during the Empire of the Sassanians (225-652 AD), which long rivaled the might of Rome

Classical Spirituality in Contemporary America: The Confluence and Contribution of G.I. Gurdjieff and Sufism

G.I. Gurdjieff (d. 1949) remains an important, if controversial, figure in early 20th-century Western Esoteric thought. Born in the culturally diverse region of the Caucasus, Gurdjieff traveled in Asia, Africa, and elsewhere in search of practical spiritual knowledge. Though oftentimes allusive, references to Sufi teachings and characters take a prominent position in Gurdjieff’s work and writings. Since his death, a discourse on Gurdjieff and Sufism has developed through the contributions as well as critiques of his students and interlocutors. J.G. Bennett began an experimental ‘Fourth Way’ school in England in the 1970s which included the introduction of Sufi practices and teachings. In America this discourse has further expanded through the collaboration and engagement of contemporary Sufi teachers. This work does not simply demonstrate the influence of Gurdjieff and his ideas, but approaches the specific discourse on and about Gurdjieff and Sufism in the context of contemporary religious and spiritual teachings, particularly in the United States, and highlights some of the adaptive, boundary-crossing, and hybrid features that have led to the continuing influence of Sufism.

'Perhaps no one writing on Gurdjieff at the present time is better equipped than Michael Pittman, whose comprehensive grasp of Armenian, Turkish and Arabic cultures and languages gives him a valuable perspective on the extent to which Sufism has informed the deep and surface structures of Gurdjieff's major writing and, consequently, on the growth of an extensive Sufi following in the United States that is traceable to the influence of Gurdjieff's writing. In adopting an objective view of Gurdjieff's exposition of ideas in his major works, All and Everything and Meetings with Remarkable Men, Pittman carefully avoids the controversy over aspects of Gurdjieff's life and reputation. What he stays attentive to is the pertinence of Gurdjieff's work to universal human aspirations.'
Paul B. Taylor, University of Geneva, Switzerland
'Pittman guides the reader on a spiritual journey through the intricacies of esoteric spiritual schools Eastern and Western, familiar and forbidden. Pittman's chief insight--that G.I. Gurdjieff has instituted a discourse and as such can be studied on a par with Marx, Freud, and the other shapers of modern consciousness is a revelation. As discourse Gurdjieff's esotericism comes into its own: Pittman traces the influence of Gurdjieff through writings by and about Gurdjieff and through firsthand interviews with teachers and students, producing a comprehensive account of an important investigation of the place of Sufism in the Western esoteric.'
Jon Woodson, author of To make a new race: Gurdjieff, Toomer, and the Harlem Renaissance

This volume presents a selection of writings based on papers originally presented at the G.I. Gurdjieff: Caucasian Influence in Contemporary Life and Thought conferences or, as they came to be called, the Armenia-Gurdjieff Conferences, which were held in Yerevan, Armenia in the summers from 2004-2007. Gurdjieff was born in Gyumri, Armenia, to an Armenian mother and a Cappadocian-Greek father, and was raised in eastern Asia Minor and the Caucasus. According to his own accounting, he spent his early years traveling in Central Asia, Asia Minor, Egypt, India, and Tibet in search of undiscovered knowledge. Eventually, after 1921, his work led him to Europe where lived, wrote, and taught until his death in 1949. Though not having received great popular attention, he remains an important figure of the twentieth century and his influence continues to grow into the twenty-first century.A growing body of secondary literature connected to the work of Gurdjieff has been produced in fields as disparate as psychology, philosophy, literature, health, ecology, and religion. The conferences and the book aim to provide a forum of exchange about the ideas, influence, and work of Gurdjieff, while making a contribution to the reintroduction of the work of Gurdjieff to Armenia, which had been cut off from his ideas and works during the Soviet period. The articles here reflect a range of work addressing key contributions and ideas of Gurdjieff, from more academic studies of "All and Everything", or Beelzebub's "Tales to His Grandson", to a discussion of the application of Gurdjieff's ideas and principles in the education of children, to a chapter on the music and of Gurdjieff and Thomas de Hartmann.

Hamlet's Mill: An Essay Investigating the Origins of Human Knowledge And Its Transmission Through Myth

In this classic work of scientific and philosophical inquiry, the authors track world myths to a common origin in early man's descriptions of cosmological activity, arguing that these remnants of ancient astronomy, suppressed by the Greeks and Romans and then forgotten, were really a form of preliterate science. Myth became the synapse by which science was transmitted. Their truly original thesis challenges basic assumptions of Western science and theories about the transmission of knowledge.

"A book wonderful to read and startling to contemplate. If this theory is correct, both the history of science and the reinterpretation of myths have been enriched immensely." - Washington Post Book

Gobekli Tepe: Genesis of the Gods: The Temple of the Watchers and the Discovery of Eden

An exploration of the megalithic complex at Göbekli Tepe, who built it, and how it gave rise to legends regarding the foundations of civilization
• Details the layout, architecture, and exquisite carvings at Göbekli Tepe
• Explores how it was built as a reaction to a global cataclysm
• Explains that it was the Watchers of the Book of Enoch and the Anunnaki gods of Sumerian tradition who created it
• Reveals the location of the remains of the Garden of Eden in the same region

Built at the end of the last ice age, the mysterious stone temple complex of Göbekli Tepe in Turkey is one of the greatest challenges to 21st century archaeology. As much as 7,000 years older than the Great Pyramid and Stonehenge, its strange buildings and rings of T-shaped monoliths--built with stones weighing from 10 to 15 tons--show a level of sophistication and artistic achievement unmatched until the rise of the great civilizations of the ancient world, Sumer, Egypt, and Babylon.

Chronicling his travels to Göbekli Tepe and surrounding sites, Andrew Collins details the layout, architecture, and exquisite relief carvings of ice age animals and human forms found at this 12,000-year-old megalithic complex, now recognized as the oldest stone architecture in the world. He explores how it was built as a reaction to a global cataclysm--the Great Flood in the Bible--and explains how it served as a gateway and map to the sky-world, the place of first creation, reached via a bright star in the constellation of Cygnus. He reveals those behind its construction as the Watchers of the Book of Enoch and the Anunnaki gods of Sumerian tradition.

Unveiling Göbekli Tepe’s foundational role in the rise of civilization, Collins shows how it is connected to humanity’s creation in the Garden of Eden and the secrets Adam passed to his son Seth, the founder of an angelic race called the Sethites. In his search for Adam’s legendary Cave of Treasures, the author discovers the Garden of Eden and the remains of the Tree of Life--in the same sacred region where Göbekli Tepe is being uncovered today.

From the Holy Mountain: A Journey Among the Christians of the Middle East

In the spring of A.D. 587, John Moschos and his pupil Sophronius the Sophist embarked on a remarkable expedition across the entire Byzantine world, traveling from the shores of Bosphorus to the sand dunes of Egypt. Using Moschos’s writings as his guide and inspiration, the acclaimed travel writer William Dalrymple retraces the footsteps of these two monks, providing along the way a moving elegy to the slowly dying civilization of Eastern Christianity and to the people who are struggling to keep its flame alive. The result is Dalrymple’s unsurpassed masterpiece: a beautifully written travelogue, at once rich and scholarly, moving and courageous, overflowing with vivid characters and hugely topical insights into the history, spirituality and the fractured politics of the Middle East.

“the reality of continuity has always been masked by the surface impression of cataclysm,” but more subtle changes do also take place. In contrast with the bleak situation Dalrymple witnessed in the 1990s, for example, there has in fact been a mini-revival of Syriac life in southeast Turkey in recent years. Nevertheless, the surrounding region is certainly engulfed in cataclysm at the moment, and the situation of its Christians is generally even more precarious than it was when this book was first published. That makes “From the Holy Mountain” an even more urgent read today than it was 16 years ago. "

This site uses Akismet to reduce spam. Learn how your comment data is processed.